The Bernier’s Teal, otherwise known as the Madagascar Teal, is a subtle yet striking duck with dark red eyes and a flesh-pink bill. This endangered duck, endemic to Madagascar, nests in holes in large black mangroves during seasonal floods. Not much was known about this duck prior to the 1970’s and were not kept in captivity until the early 1990’s, when a small population was established at Durrell Wildlife Conservation Trust. Breeding soon followed, as they are relatively easy to keep and breed. The entire captive population of Bernier’s teal in North America and in Europe derives off of the successful efforts of Durrell’s breeding program. The teal at Pinola are part of The Association of Zoos and Aquariums Species Survival Program for this species, which has been a very successful program and a real boon to this enigmatic duck!

To follow up from our post a few days ago, here is the first pink-eared duck egg! Notice t 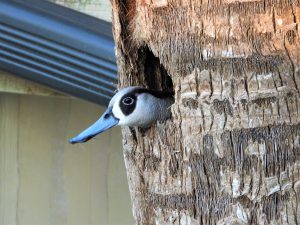 In only a matter of days, this pink-eared duck will begin nesting. She’s becoming increa 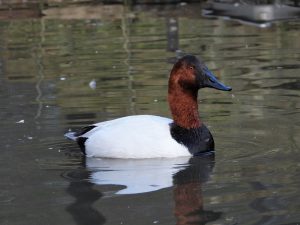 The regal canvasback, revered by many as the “King of Ducks”. One of the most well-kno 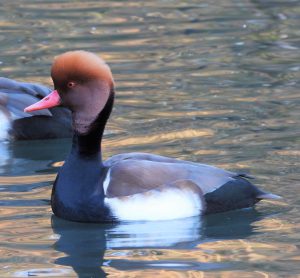 Phenomenal red-crested pochards! This Palearctic diving duck has long been a popular aviar